We announce the release of New EP "PROTOTYPE" on Wednesday, January 22, 2020! 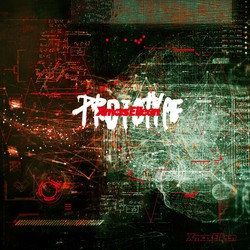 Rock scene dark hero Xmas Eileen has announced that they will release a new EP "PROTOTYPE" on January 22, 2020 (Wed). In addition, the tour `` PROTOTYPE TOUR 2020 '' holding the sound source will be held at the same time, and a new artist photo will be released at the same time, wearing a red trench coat worn from Kyoto the other day, with a visual reminiscent of a dark hero more and more Has become.

After a long absence, "PROTOTYPE" contains all 5 songs. the expectations of the sound that they play with various tags falling off are growing. What is the meaning behind the title PROTOTYPE